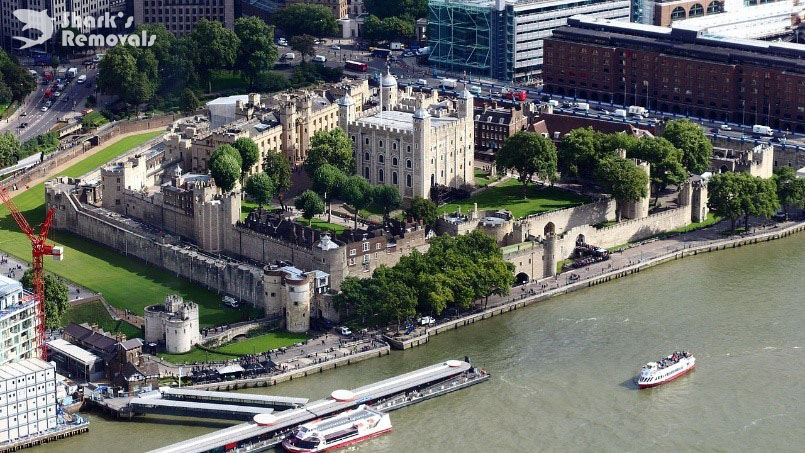 The United Kingdom is home to some of the most magnificent strongholds in the world. Glorious structures that have survived the centuries and grown into symbols of Britain’s rich historical and cultural heritage. Some of these castles have become internationally renowned landmarks that attract travellers from all over the globe. Nevertheless, what do people really know about them? The truth is, very little, which is why we decided to present to you some of the United Kingdom’s most fascinating strongholds and several interesting facts about them. 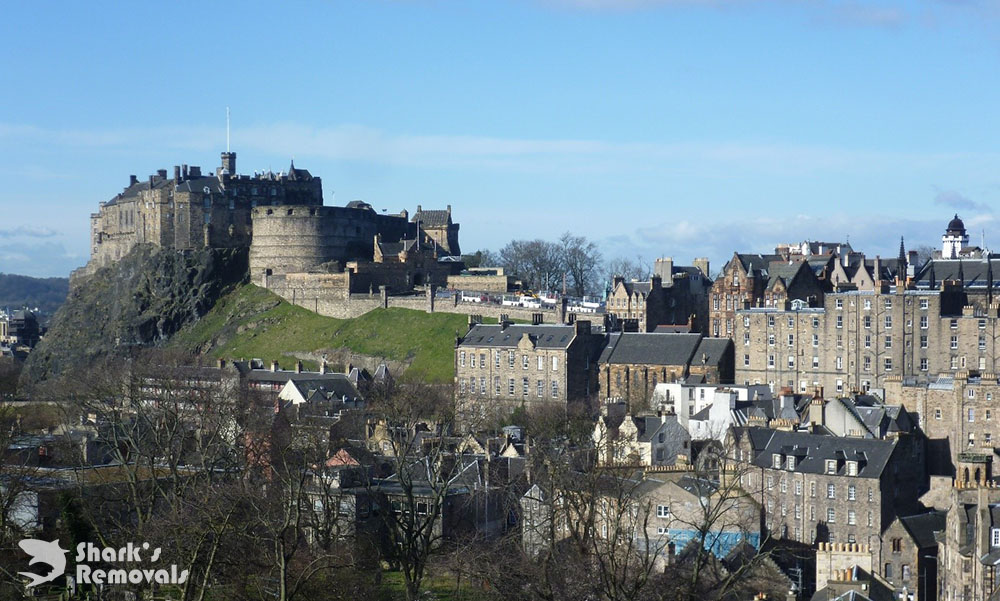 Situated at the top of Royal Mile, Edinburgh Castle is one of Britain’s most beautiful strongholds. The fortress dates back to the 12th century and is still being used by the local authorities. The castle is known to be “the most besieged stronghold in the United Kingdom”, as during its 1100-year-old history it has been assaulted 26 times. The fortress is also home to Mons Meg – a gigantic cannon, which could fire a cannonball with the diameter of a modern-day missile for a couple of miles. The castle was the site of the infamous “Black Dinner” in 1440, when the teenage earl of Douglas and his younger brother were taken from the banquet and murdered. Today, the stronghold houses the Scottish Crown Jewels and hosts the annual Royal Edinburgh Military Tattoo.

The fortress that was sold

Built by William the Conqueror in 1068, Warwick Castle is a medieval stronghold that lies in the eponymous county town of Warwick in the central parts of England. The fortress is reputed to be one of the best preserved in Britain, while its grounds are splendid gardens that could leave even the biggest sceptics, speechless. The castle’s dungeon is the structure’s grimmest area as it is a damp and cold place where prisoners were brought to the forgotten hence its name oubliette (French word for forgotten). The last lord of the stronghold was Charles Greville, 7th Earl of Warwick, who preferred to be an actor and has a short-live acting career, which earned him the nickname “The Duke of Hollywood”. Charles’ son sold the fortress to Madame Tussauds during the late 1970s, a decision that created an immense rift between father and son.

The Tower of London is arguably Britain’s most famous stronghold. Just like Warwick Castle, William the Conqueror constructed it in 1078. It is one of the numerous UNESCO World Heritage Sites that are spread throughout Britain. The fortress has played in integral role in the United Kingdom’s history, as it has been the site of several important events such as the disappearance of the princes during the reign of Richard III or the death of Anne Boleyn. Throughout the years, the castle has served many purposed such as:

Today the stronghold houses the British Crown Jewels and is one of the United Kingdom’s most visited tourist attractions. The fortress lies in the Borough of Tower Hamlets, which is one of London’s most desirable areas. The borough is home to several other prominent landmarks and is the location of some of the capital’s finest residential districts. The local neighbourhoods welcome new residents by the numbers as local properties are more or less affordable in comparison with other neighbourhoods in central London. Newcomers relocate to the borough by using professional and fully certified moving services. They prefer delegating the job to seasoned, skilled and hard-working contractors, as they will not have to do any of the heavy lifting, time-consuming packing and driving through narrow streets during rush hour. In fact, people that use movers with affordable man with a van removals rates, have the peace of mind that all their belongings are being prepared, loaded, unloaded and transported by experienced specialists that have the needed human resources and technical capacity to handle even the most laborious, time sensitive and complex relocations. The area is also renowned among business owners, who also favour using comprehensive man and van services for the execution of their office relocations. Movers that operate in the area are generally busy, which is why people book them in advance. However, some removal companies have the ability to accept last minute jobs and more importantly have the assets to carry out late night operations, which is highly appreciated by businesspersons, as their commercial removals can get done without the interruption of their ongoing affairs.

Perched on a volcanic crag, Stirling Castle is one of the largest and most important Scottish strongholds. It was at this fortress that infant Mary, Queen of Scots was kept safe from King Henry VIII. The castle is also the site where King Edward I tested the mammoth trebuchet known as War Wolf and where King James IV allowed his alchemist to try flying by jumping from the structure’s walls. The stronghold dates back to the 12th century while most of its current edifices were constructed between the late 15th century and the 17th century. Stirling Castle has been under siege eight times, including during the Wars of Scottish Independence. Nowadays, the fortress is listed as a Scheduled Ancient Monument and is one of Scotland’s most impressive manmade structures. 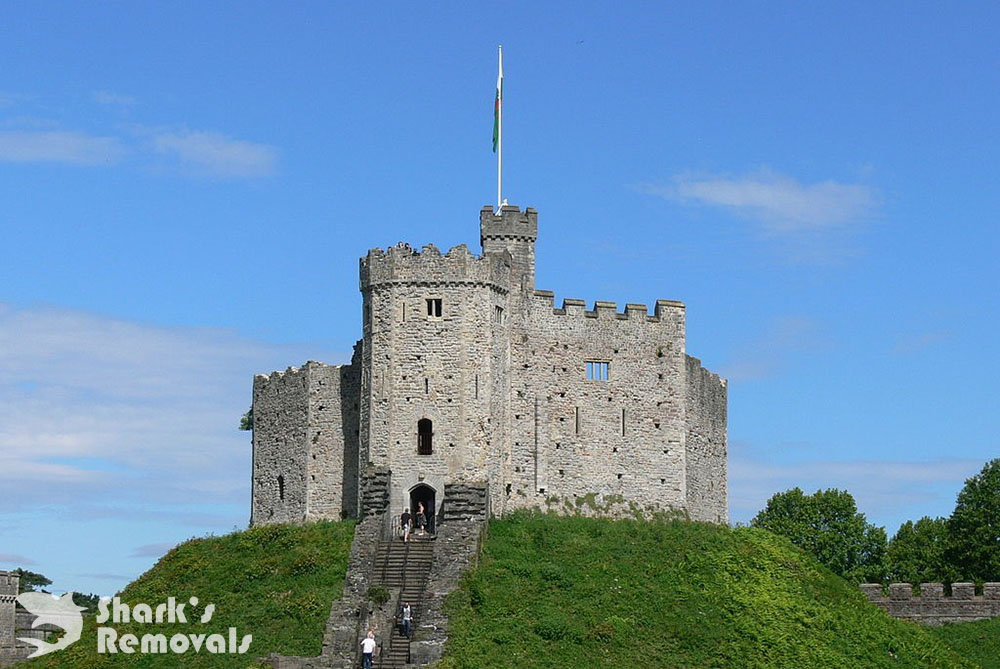 Situated in Wales, Cardiff Castle is one of Britain’s most intriguing fortresses. The stronghold sits at the end of St. Mary’s Street in close proximity to Millennium Stadium, the home ground of the Welsh football and rugby national teams. The oldest sections of the castle’s outer walls date back to Roman times. Most of the structure was built during the 11th century and historian believe that it was commissioned either by William the Conqueror or Robert Fitzhamon. The fortress was the subject of a major renovation project during the Victorian era, which is why it has a more modern appearance than other British strongholds. Cardiff Castle played an important role during World War II as its walls provided shelter to over 2.000 people during the German air raids of the local dockyards. The stronghold is presently open to the public and is used as a museum.

Lancaster Castle is a medieval fortress that lies in the north eastern parts of England. It is not clear when exactly the stronghold was built but most experts believe it to date back to the 11th century. The structure was converted into a prison during the late 12th century and today is used as a Crown Court. It was at Lancaster Castle that the Pendle Witch trials took place in 1612. The fortress is still owned by the British Royal Family.