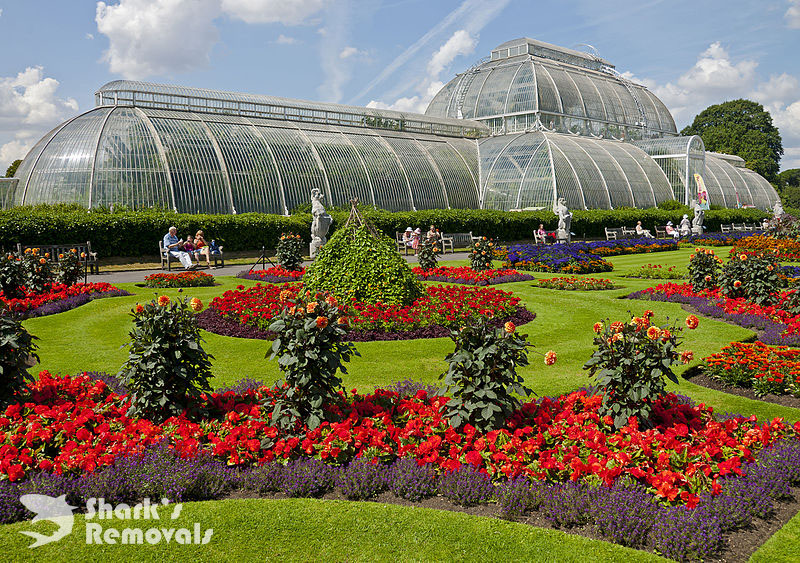 Did you know that London is the most popular tourist destination in the world and has been such for the past several years? You probably did. According to the statistics available, no less than fifty (yes, we said fifty) million people from all corners of the world map come to London every year to do some sightseeing. And oh, boy, does the capital have a thing or two to offer. Localities such as Big Ben, The British Museum, Buckingham Palace, the London Eye and Westminster Abbey have become so iconic that they are the first things to pop in mind when people hear the name London.

London might be a good place to live in, and the stats from local professional removals firms (like Woolwich man with a van removals businesses) confirm that more and more people are moving to live here in recent years. But even more come every year for just a short stay. There is a lot to learn from this trend.

The big government-run museums and galleries are of course magnificent. Every single place on the list above is a must-see for every first-timer in London, but if you get tired of the crowds and waiting in lines, you might want to explore some of the lesser known tourist attractions that the capital has to offer too. You can rest assured that there are little gems hidden across the streets of London in every direction, so get prepared for a truly wonderful journey.

Dedicated to the memory of one of the most impressive Londoners of the late 18th and early 19th century, Sir John Soane’s Museum occupies the aforementioned’s home in Lincoln’s Inn Fields, WC2. Sir John was a neo-classical architect – actually, the best reputed practitioner of his profession at the time. He was however also a keen art and antiques collector. The museum holds on display not only some of his best works and drawings, but also an impressive collection of paintings, sculptures and even a whole Egyptian mummy that the owner of the house bought in order to satisfy its passion. Sir John Soane’s Museum is not your typical academic institution, which is exactly why the place can be so appealing. The items on display here do not follow any particular order. They are scattered across the rooms of the house in a seemingly chaotic fashion that leave you with the impression that you are in the home of a mad scientist or, at the very least, in some old warehouse. But there is a particular charm in all of this, and we encourage you to check it out.

A minor celebrity when it comes to major tourist attractions in London, Kew Gardens do not take the credit they deserve. Otherwise they would have been among the top ten most visited landmarks of the capital. Officially called The Royal Botanic Gardens, Kew. They get a little less than a million visitors per annum. The trust that manages the Botanic Gardens is also taking care of the Royal Seed Bank and a number of other properties, but the focus has always fallen on Kew.

The gardens were created in 1840 and contain exotic plants and trees from all over the world. At the current moment the living collection here consists of 30 000 different kinds of plants. Kew Gardens boast an impressive library of well over 750 000 volumes on natural history and botany. Both the collection and the library are the largest of their kind in the United Kingdom. The plant houses here are topical as follows:

Additionally, Kew Gardens contain a Chinese Style Pagoda and a garden, a Japanese Gateway, minka house and garden, and the Queen Charlotte’s Cottage and Kew Palace – the smallest of the British Royal Palaces.

In case you are in the mood for a leisurely walk along some scenic road, then you should definitely drop by the district of Maida Vale, and more precisely – its section that goes by the name of Little Venice. Called this way because of its location on the Grand Union Canal, Little Venice is an affluent and really beautiful district. Most of the buildings here are in the Regent Style, which contributes greatly for the sense of history one gets here. If you are lucky enough, you might even spot some of the celebrity residents of Little Venice, such as singer Robbie Williams, businessman Richard Branson, Noel Gallagher from Oasis and many more.

Those were built in the years when World War II was raging and the population of London needed safe places to hide during the worst days of the Blitz. Most of the deep level shelters were built under the Tube stations in the city. One can make a great day of adventure exploring the shelters, some of which are open to the public. The Goodge Street shelter and the Camden Town shelter are particularly popular. The former has appeared on Doctor Who and a number of films, while the latter is also pretty popular with filmmakers. It was used to represent a large underground facility supposed to be somewhere near Down Street tube station in the 2004 British-German horror Creep which was originally shown at the Frankfurt Fantasy Filmfest in Germany on 10 August 2004.