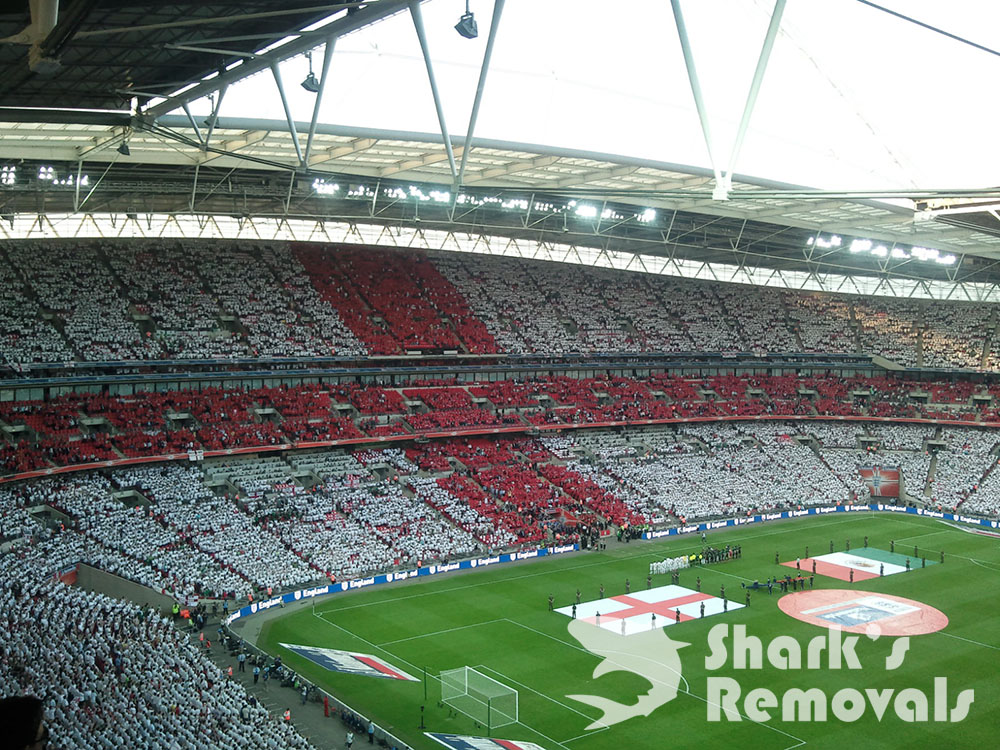 For many years now, London has ranked among the world‘s greatest sports cities. The English capital offers an abundance of modern sports facilities and it has hosted some of the biggest sports events, including Olympic games and various world championships. Many famous professional athletes have even relocated to London, attracted by the good training conditions and the many opportunities it offers. Among them are widely-known names like tennis player Andy Murray, pro golfer Nick Faldo and footballer Peter Crouch. Therefore, if you are a young and promising sportsman, you may consider moving to the UK capital. Still, do make sure you find an affordable house removal team in London, because the cost of living in the Big Smoke is quite high. Expensive or not, the capital certainly has plenty to offer not only to talented athletes, but also for sports fans in the United Kingdom and all over the world.

It is estimated that the total number of sports venues in the English capital is over 70. They are dedicated to all kinds of sports – from football, rugby and tennis to swimming, athletics and golf. One of the most famous of them is Wembley Stadium. Situated in Wembley and reconstructed in 2007, the 90,000-seat facility is the biggest stadium in the UK and the second-biggest on the Old Continent. The stadium impresses not only with its size, but also with its architecture. Wembley’s trademark is its unsupported roof structure, which is actually the longest and largest in the world.

Another massive facility in the capital is Twickenham Stadium. Located in the southwestern part of London, it is the one of the biggest rugby stadiums in the world and it has hosted a number of matches from the Rugby World Cup, one of which offered possibly the biggest rugby shock of all time – France’s surprising win over the team of New Zealand in 1999.

London is also home of the All English Lawn Tennis and Croquet Club, which is best known for hosting the oldest tennis championships in the world – Wimbledon. Currently, the facility is the fourth biggest of its kind. Other notable mentions when it comes to sports venues in London are the cricket grounds The Oval and Lord’s, as well as Queen Elizabeth Olympic Park. The latter was built specially for the 2012 Summer Olympics and Summer Paralympics which were held in the English capital. It consists of an Olympic Stadium, a multi-sport arena and centres dedicated to cycling, tennis, hockey, swimming, as well as an Olympic Village which today functions as a London neighbourhood.

With so many top-class venues on its territory, London has often organized various prestigious world competitions, championships and tournaments. The capital has hosted the Summer Olympics three times. The most recent of them was in 2012 and it became famous as the most successful Olympic games in the history of the championships. The event attracted 500,000 tourists and 10,500 athletes from 207 nations. The 2012 Summer Olympics also added £6.8 billion to London’s GDP alone and a massive £16.5 billion to that of the UK.

Aside from the Olympics, the English capital has also hosted the 1966 FIFA World Cup, the 1934 British Empire Games (now known as the Commonwealth Games) and the 1991 World Rugby Cup. London has no intention to slow down and its duties as a sports capital continue to increase with every year. By 2022, the Big Smoke will also welcome a long list of important sports events. The most anticipated of them include the 2017 World Championships in Athletics, 2017 Paralympic World Championships, as well as the 2020 UEFA Euro semi-finals and final.

Why is sport so popular in London

Sports seem to be in Brits’ blood. Many of today’s most popular sports were invented namely in England. Among them are tennis, rugby, cricket and, most notably, football. The latter has also become the country’s national sport. That makes a lot of sense since England is home of:

*Sheffiled F.C. was established back in 1857 and it is was founded 21 years before Manchester United F.C., 48 years before Chelsea F.C. and 62 years before Leeds United Football Club.

It is believed that the English first started to play football in the Middle Ages. However, back then the game practically had no rules and was a much more aggressive sport than it is today. In addition, it did not have a particular name until the early 15th century, when King Henry IV called the game “foteball” in an official document issued by him.

England was also behind the invention of sports that now enjoy greater popularity abroad than in the UK. For example, table tennis was created by the more well-to-do Victorians. Today, however, it is the most loved sport in China. The history of ice hockey, Canada’s national sport, did not start in England. Still, it was invented in the 1920s by British emigrants and soldiers who lived and worked in North America. Similar is the case with snooker, which was also developed by British soldiers who were based in India.

As the official capital of the United Kingdom, it is only very natural that today London is among the world’s biggest sports cities. There is hardly any other metropolis than can compete with it, when it comes to making sports history. London attracts sports fans from all over the world with countless events and competitions.